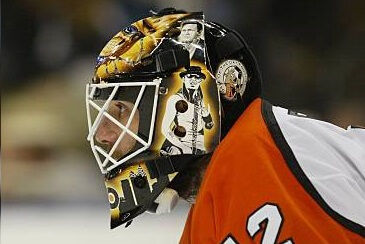 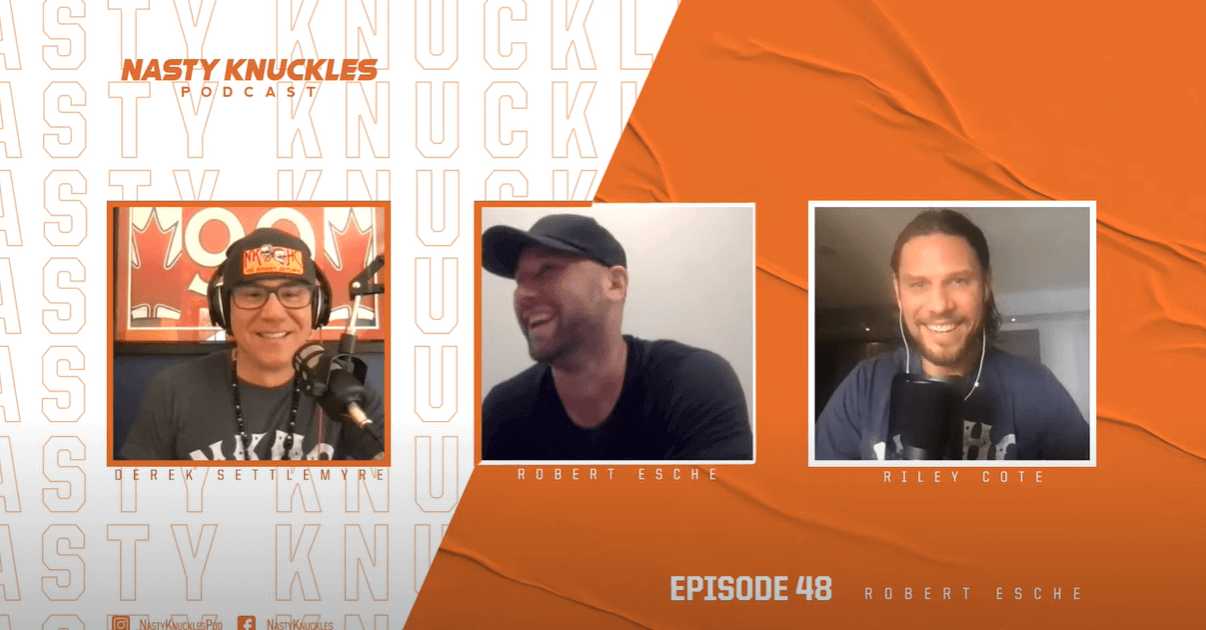 Nasty Knuckles returns this week with another episode of everyone’s favorite, outlaw hockey podcast. The special guest joining the guys for this week’s episode of Nasty Knuckles is none other than Robert “Chico” Esche. Flyers fans will remember the four seasons Chico spent in the net as Philadelphia’s goaltender, helping them reach the Eastern Conference Finals in 2004. Robert has also played professionally in Phoenix for the Coyotes and overseas for several different professional hockey teams in Russia.

We will not spoil this insightful, hilarious interview with the fellas and “Chico,” but we will share some of the highlights so that you can get an idea of what the show covers. Of course, when you have such an incredibly well-rounded guest like Chico on your show, many different topics come up.

First, with the Flyers alumni game fast approaching, you know we had to chat with our good friend about what he expects out of the game and more. Plus, any episode with a former Flyers teammate like Chico would be vastly incomplete without some hilarious inside stories and shared memories with the guys as they relive their time together in the great city of Philadelphia.

Additionally, we had to discuss what it was like playing with Schoenfield during Esche’s time in Phoenix. You might be surprised to learn that there are things Chico would have done differently during his time in the NHL. If you have ever wondered what it is like to be a professional athlete and then transition into becoming a president and CEO, you won’t find a better guest than Robert “Chico” Esche. Like with all their guests, all sorts of topics are up for discussion, including:

“You can’t really rearrange the skate room, but he [Parma] did, and I’d think how the hell did you move the skate machine which weighs like a ton?!”

“I didn’t even know who Sergei Brylin was, but he must be up to something cuz he’s got all these cups and s***.”

“I said I haven’t tried to get into Hitch’s [Ken Hitchcock] head; it’s a dark place, next day on the front page paper Chico says….”

“He [Sean Burke] goes I can’t fight a Euro, if I lose that fight I ruin my whole reputation.’

You seriously won’t want to miss this fantastic episode of Nasty Knuckles. Robert “Chico” Esche is such an insightful, well-rounded guest, and he has a ton of hilarious stories about his playing time in the NHL and overseas. You will be hard-pressed to find another guest who can talk about farming in Russia, running a successful umbrella company, and operating an AHL affiliate with such insight and humor.

This show packs laughs, wisdom, and most of all, hockey insight into every single episode. 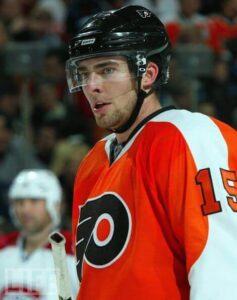 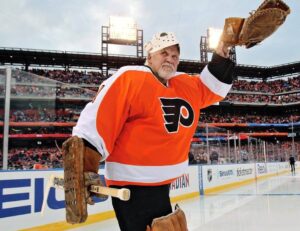 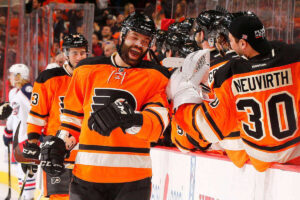